One of the most promising ways to build a successful business in the food and beverage space is through franchising, says NEN's Executive Director, Srikrishna, in the column 'Expert View' in Mint. 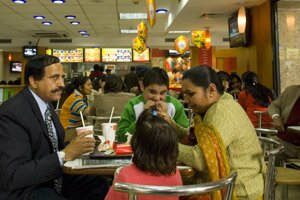 The mushrooming of restaurants of varied hues, in nearly every corner of urban India, attests to the ease of starting these businesses. As other experts in this paper have written about, Indians are eating out at least once a month and appear to have a great preference for Indian food. Moreover, while fine dining restaurants are doing well in pockets, it is quick service restaurants that are doing roaring business, given the value for money that they offer. The good news for such businesses is that this opportunity is by no means confined to the metros alone but stretches to smaller cities.

The food and beverage (F&B) industry in India, much like in retail where small retailers or kirana shops—rather than organized retail— dominate the market, is skewed in favour of the individual restaurant. The overseas fast food brands such as Dominos, McDonald’s, Pizza Hut and Subway have now been in India for a while and Indian ones such as Mast Kalandar and Nirulas are beginning to make their presence felt. Ice-cream chains such as Baskin Robbins have also made their appearance.

These still, however, constitute a small fraction of the F&B industry in India and even the global giants’ footprint in India, compared with other emerging markets such as China, is quite small. All of which is good news, pointing to the immense potential and the opportunity for growth in the Indian F&B business.

The roadside tender coconut water seller, tea shops, lassiwalla and liquor bars have long been the primary beverage-only purveyors in the Indian retail scene. State milk boards such as Aavin in Tamil Nadu, Nandini in Karnataka have over the years opened and operated reasonably successful chain of branded retail outlets selling milk and milk products with emphasis on the sales of milk-based beverages. Then came the onslaught of the Indian and overseas coffee chains—Cafe Coffee Day, Barista and Lavazza, with rumours of the mother of all coffee purveyors Starbucks set to enter India.

To read the rest of the article, click here.